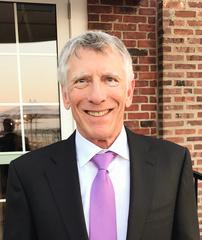 In the summer of 1975, Steven Schwartz launched his company, Coastal Insulation Corporation, with just one installer, one van, and one salesman - himself. His new business coincided with the birth of his daughter, Dana, and three months later, he acquired his first housing development: Dana Estates.

Steven has always been interested in business. After graduating in Finance from the University of Akron in 1969, he quickly found work in the industry with a drywall contractor, building up experience before starting his own company.

Over the past forty years, Coastal has grown on an upward trajectory to over 175 employees. The original central New Jersey territory has expanded throughout the state, and also includes New York, Pennsylvania, and Connecticut.

In 2007 the company moved to a newly constructed building located in East Windsor, New Jersey. Etched on the interior door is a motto Steven coined himself, based on the deep value he places on employees and working together as a team:

“Motivated personnel with positive attitudes, working toward a common goal, cannot be substituted for any other resource.”

For the past 17 years, Coastal celebrates its personnel at a company-wide picnic, where employees and their families enjoy the day together. For Steven, this gathering of hundreds of families represents the true meaning of success.