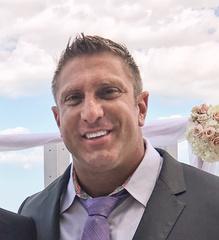 Bret began working at Coastal at the age of 13 and throughout his youth he worked hard at Coastal, doing labor and learning to appreciate and respect the value of being a hard worker.

Bret later attended Boston University’s world renown business school where he excelled as a leader and graduated with a degree in Business Management/Administration.

After graduating he spent the next couple years living in Boston, building and later overseeing an entertainment establishment.

After successfully launching that endeavor he relocated back to NJ to re-join his home at Coastal Insulation.  At that time, he spent multiple years learning each position in the company before taking his position at the Presidents side as the Vice President.

Bret loves business, Coastal, all of its employees and takes pleasure in leading the team.  There is not a day that Bret wakes up and isn’t happy to be going into Coastal's beautiful headquarters (which he spent years to find the perfect location, then designing and having it built).