Title: Manager of the Production and Logistics Divisions 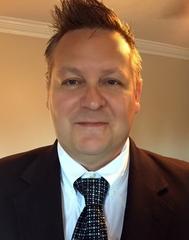 Prior to joining the Coastal team in 1993, John worked for a trucking company as well as owned a bakery for 7 years.

John started at Coastal in his youth as a truck driver.  His hard work ethic, reliability, organizational skills and great attitude provided him what he needed to move up the ranks in the organization.  John is a logistical specialist which made him the right fit to oversee the shipping and receiving department.  His skills as a forklift trainer and being a Certified Motor Vehicle Instructor also made him perfect for the role.

His negotiating skills were used to get Coastal the best prices on the many miscellaneous products that the company purchases.

John is an incredibly valuable part of the team and his loyalty and hard work has allowed him to rise to the top.

In John’s free time he enjoys spending time with his wife and kids.  Also is very involved in martial arts and has been an instructor since 1984.