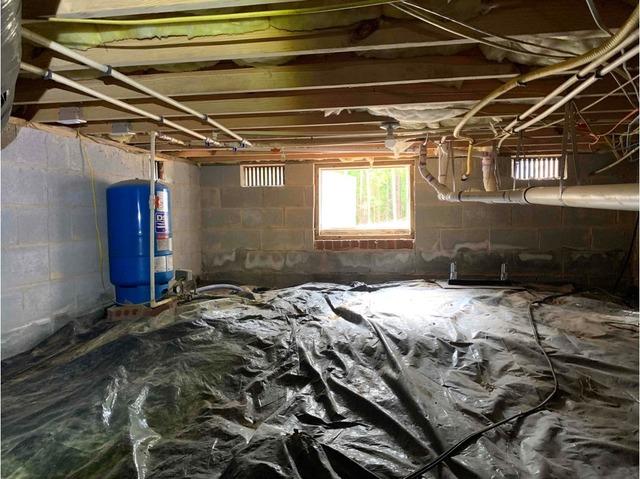 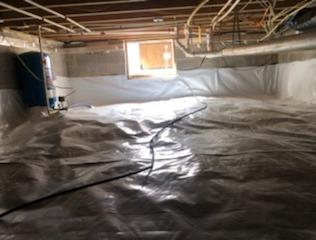 In this phase of the project, we've treated the microbial growth on the floor joists and a heavy-duty CleanSpace Vapor Barrier has been installed. The liner is overlapped at all seams, wrapped and sealed around all piers, and mechanically attached to the foundation walls. The Foundation vents have also been sealed to prevent outside air carrying moisture from pouring into the space.

Keeping moisture out of a Beaverdam, VA Crawl Space 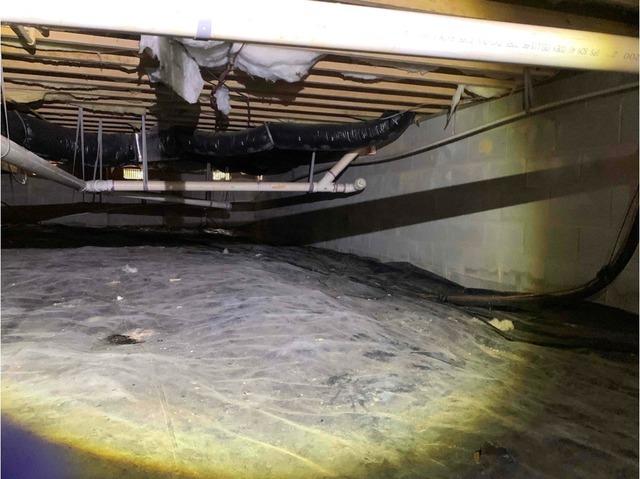 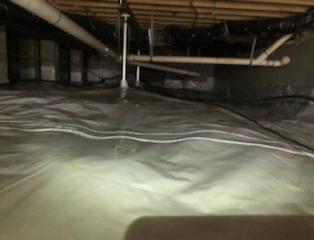 All crawl space vents, the sill plate, and any penetrations to the outside through the foundation walls are all sealed. The rim band is insulated and sealed with spray foam insulation to stop air infiltration, which can also help with drafts in the first level of the home. The crawl space is also sealed off from the earth's moisture with a CleanSpace vapor barrier, which is sealed at all seams, wrapped and sealed around all piers, and attached and sealed to the foundation walls. All of these steps are taken to keep as much moisture out of the crawl space as possible so we can control the relative humidity and protect the substructure of the home. 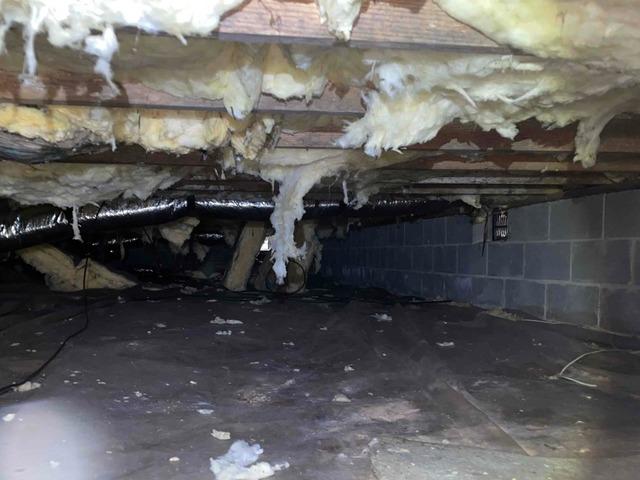 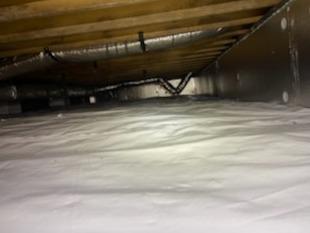 Moisture and high humidity in this crawl space resulted in mold and mildew growth and damage to the insulation. The homeowner wanted to encapsulate the space, so our team set to work cleaning out the crawl space, air sealing vents, the rim band, sill plate, and any other openings through the foundation wall to the outside. They treated the microbial growth with an antimicrobial, installed a new CleanSpace Vapor Barrier, applied Foam Board insulation to the foundation walls, and installed a dehumidifier to regulate the relative humidity. 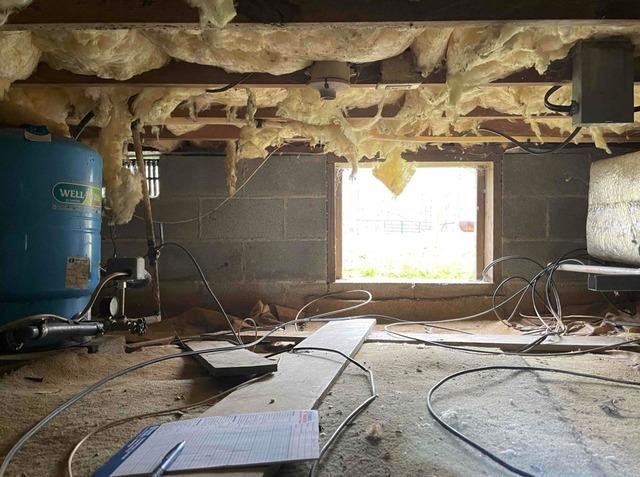 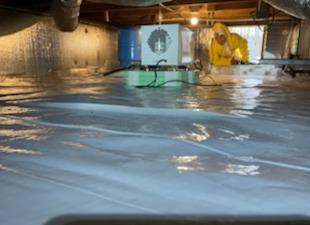 After sealing and insulating this crawl space, we need to make sure we control the relative humidity. This is achieved by installing a dehumidifier with a hygrometer. The dehumidifier will be set to cut to on when the humidity reaches about 55% our goal is to prevent it from getting high enough that microbial growth can occur in the crawl space. We don't want the space to be too dry either because that can be damaging to the home's structure as well. A hygrometer is provided to the homeowner that allows them to monitor the temperature and relative humidity in the crawl space from inside their home. 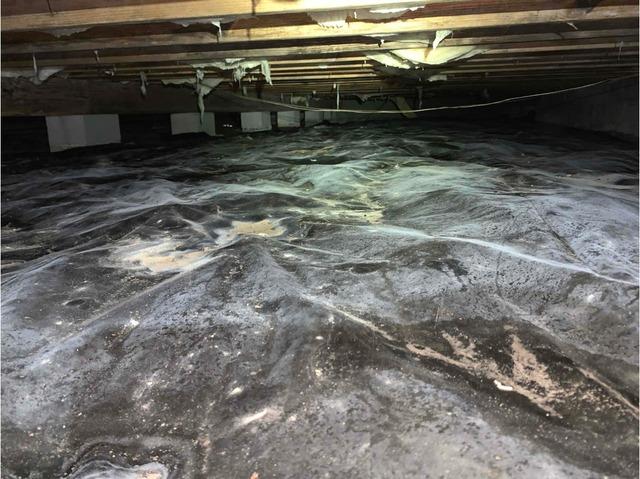 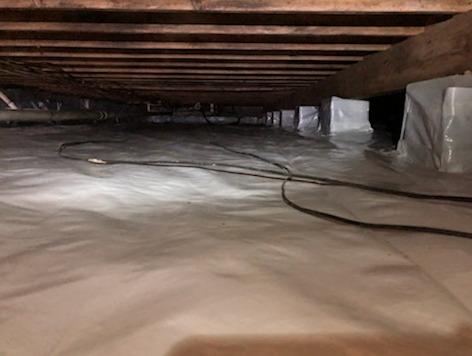 This Doswell, VA homeowner reached out to us after noticing issues with their crawl space insulation. Upon inspection we found that the insulation was damaged by moisture and falling away from the floors, there was microbial growth on the floor joists, and signs of moisture infiltration on the liner.

Simply replacing the insulation would mean that the homeowner would incur the same issue in a few years and need to replace the insulation again. We needed to address what was causing the insulation damage. We removed all of the debris and old material, treated the mold and mildew growth with an antimicrobial, installed a CleanSpace Vapor Barrier, air sealed the crawl space, and applied an R-10 of closed-cell spray foam to the foundation walls.