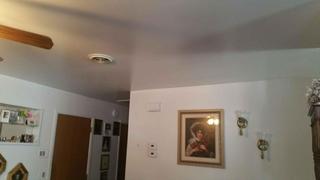 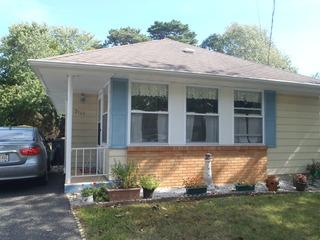 Dear Nicole, I must compliment you on your patience with me and completance in resolving the problem. You certainly may show this to your boss. You should be employee of the month. The work turned out great and the crew was very professional. Everything promised was delivered.  Again I thank you ever so much for your help. Sincerely, Grace F.
Grace F. of Toms River, NJ
Friday, February 26th 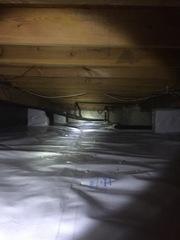 We originally called Dr. Energy Saver after seeing their crawlspace solutions on their website. We wanted to have something done about our dirty and damp crawlspace because our wood floors were freezing in the winter. When we saw the Clean Space Liner and how it looked in other crawlspaces we knew that it would help our problem. What we did not expect is how much it actually made a difference! Our floors have been comfortable year round and has saved us more than Dave told us it would in energy!
Carolyn P. of Toms River, NJ
Wednesday, August 2nd
Irene called Dr. Energy Saver because she just wasn't feeling comfortable in her Toms River home because of the hot and cold spots everywhere. After Dr. Energy completed our comprehensive diagnosis, we found that Irene's home was lacking the proper insulation it needed in order to keep Irene and her family comfortable through the extreme weather. After choosing Dr. Energy to solve her home's problems Irene was excited to report that she 'now can relax in shorts and a t-shirt in the middle of winter' which she never could before in her own home!
Irene K. of Toms River, NJ
Friday, February 16th 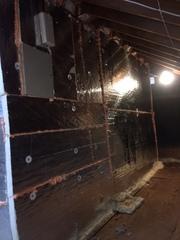 During my job site visit to confirm installation details, I (Dave the Owner) met the homeowner Dennis. As we walked through the project he commented that the 2nd floor, which consisted of 3 bedrooms and a bathroom, felt notably better, and the work wasn’t even 100% complete yet. One of the common issues with this type of home, is that the upper level is cold and drafty in the winter and much hotter in the summer. To the point where they typically would install window air conditioners to help. This is a Levitt built home from the 1970’s. This is a two story home on a slab foundation, with one Heating and cooling system located in a garage utility room. The problem is that the home has large under insulated attic flats, vertical walls on the 2nd floor between the unconditioned attic space and the bedrooms, (called knee walls), a large sky light well and the main heating and cooling return duct is 100% in the attic space. The duct is not insulated properly and has many small holes where it pulls in either very hot air in summer, very cold air in the winter and nasty fiberglass particulate every time it runs. The combination of these issues created a uncomfortable home that cost too much to heat and cool year round. These types of issues should be addressed by professionals who understand how buildings work. Improper air sealing or insulation can create ventilation, moisture and combustion appliance problems if not done correctly.
Dennis O. of Freehold, NJ
Wednesday, June 7th
I am writing to tell you how pleased I am with the Home Performance with Energy Star job that your team performed for me.  As someone on a fixed income, keeping my energy bills manageable is very important to me.  I also wanted the peace of mind of knowing that my equipment would not break down.  Your comprehensive project that included a new high efficiency furnace, air conditioner, and seal up and insulation work is already making a difference in the comfort level of my home and my peace of mind.  I also look forward to seeing how my energy bills will drop as well. What I really wanted to share was how professional, courteous, and genuinely likeable your staff was.  I was completely comfortable having them in my home and they impressed with their knowledge.  In particular, Phil and Trevor who did the air sealing work, were unbelievably nice.  They addressed specific needs in my home with patience and care. I would be happy to provide a recommendation to any other potential customers.
Jean F. of Brick, NJ
Friday, June 22nd
Hello Jim,  This is wonderful news. Appreciate your guiding us through the process. Thanks to you, Dave, and the rest of the team. I will surely share your name with my friends and family if they are ever in need of your services. Very professional all the way around.    Kind regards,  Michele and Carlton
Michele & Carlton C. of Brick Township, NJ
Friday, February 5th
Incredible attention to Quality. The materials & Craftsmanship exceed our expectations. Our home is absolutly warmer, definitely draft free now and as a bonus is quieter. I would recommend Dr. Energy Saver division of DH Services for anyone who wants a warmer house.
Frank H. of Matawan, NJ
Tuesday, April 18th 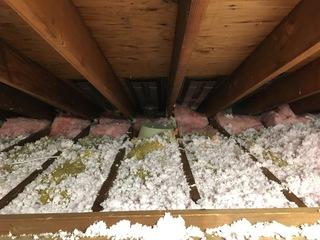 Hi David,   Just a short note to let you know that your work crew did an excellent job of clearing out the attic eaves and installing the soffit vents and insulation. They arrived around 8:30 am and finished up about 2:30 pm. They also did a good job of sweeping up the loose insulation in our hallways and outside on the front porch.   We are very happy to get this job completed before the summer heat settles in for good. Today our attic stayed cool all morning due to cloud cover and the attic fan pulling up air-conditioned air from the second floor. It got warmer in the afternoon, but by then the hard work out by the eaves had mostly been completed.   Thanks again, David B
David B. of Sea Girt, NJ
Friday, June 16th
During our quality inspection of Helen's attic insulation project, she had let us know that she was very happy with the company, crew and results.    Helen had cold drafts and comfort issues between her 1st and second floor in her Sea Girt, NJ townhome. We performed attic air sealing and insulation  to reduce drafts and keep in much more heat in the winter as well as keep heat out in the summer. Additionally the fire place had major drafts causing the living room to be cold. This was sealed and properly insulated from outside.
Helen S. of Sea Girt, NU
Thursday, May 14th 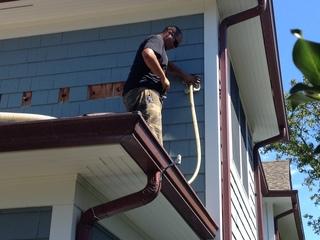 Paul K. called Dr. Energy Saver Jersey Shore because his home a few blocks from the beach was subject to a lot of noise. He wanted to be able to sleep in or focus during the day on his second floor without having to deal with any distractions. Dr. Energy suggested one of our most effective sound proofing methods, dense packing the second floor walls with cellulose. After a summer with the treatment, Paul was happy to report to Dr. Energy that he could see a noticeable decrease in noise between 25-30% on the second floor due to the sound deadening of the cellulose.
Paul K. of Spring Lake, NJ
Friday, September 8th 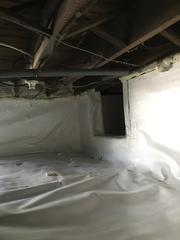 Thanks, Dave for taking a few minutes of your time to chat with me about the possible overheating of the second attic and for offering your opinion re: Air Conditioning.   Your crews did a great job. And cleaned up after themselves. Almost unheard of anymore. Thanks.
Michelle K. of Belmar, NJ
Monday, June 11th
Dear Dave, I wanted again to thank you for all you have done to help me and Jessica's family by the way of preparing and now providing your services for the Randi Way property. You are truly a outstanding and exceptional businessman and person from what I personally know of you. I never doubted your integrity and trusted you and believed in your sincerity. I believe you have been very fair with us! Additionally, I hired you as a consulatant and have yet to receive your billing. I will never forget your help and kindness in our time of need. As you have seen first hand, many people have come to our aid and words can not express fully our true feeling. Kind Regards, Peter R.
Peter R. of Neptune, NJ
Tuesday, March 15th
We were very fortunate to have had the opportunity to have DHS do an HVAC upgrade at our Middletown home.  Prior to selecting DHS, we met with several other contractors and found them generally unwilling to answer questions or discuss various sealing or equipment options.  When we met you, however, we knew we'd found the right contractor. You patiently answered our many questions and presented multiple equipment and sealing combinations until we arrived at the most energy efficient and cost effective solution for our environment.  Your technical expertise and commitment to customer satisfaction was obvious. The crews who performed the work were personable, professional, knowledgeable, and articulate.  They demonstrated a strong work ethic, working steadily and carefully cleaning up each day.  Clearly, these are people who take their work seriously and take pride in it. At the conclusion of the upgrade, we were immediately able to see a huge improvement in the comfort of our home.  Dave, you'll remember that the previous central air system was unable to keep the house cool during summer, so to us that was the acid test for the new system.  We started with two AC units that ran 24/7 all summer and were unable to keep the house below 80°.  Now we have one unit that is able to cool the whole house with ease.  We noticed a similar improvement in heating as the weather cooled, but now instead of three furnaces we have one.  We've also realized significant savings in energy costs as compared to previous years. Mike and I are thankful that we found DHS.  I invite you to use us a reference, and please know that we wish you continued success in your endeavors.
Julie J. of Red Bank, NJ
Total testimonials : 21
Local Contractor
Free Estimate
Top